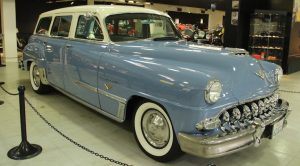 Pay homage to classic motorcycles and collectable autos of the 20th century at this world-class museum in Balboa Park. Check out “Show Stoppers,” a permanent car and motorcycle collection including a stunning group of Indian Motorcycles, an extremely rare 1966 Bizzarrini P538 and of course the beautiful three-wheeled 1932 Morgan Super Sport just to name a few. Other exhibits include presentations on actor and automobile and motorcycle racer Steve McQueen, and Louis Mattar’s Fabulous Car.